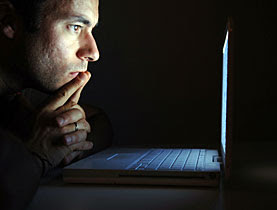 The survey was designed to dispel some myths about men, marriage, sex and the use of pornography.

As a clinical sexologist in private practice, I experience an overwhelming number of married couples seeking help concerning pornography use.   As part of the counseling session each person is given a sex history to fill out.  The results are reveling as to how pornography plays a role in a man’s sex life.  As a sex researcher as well as counselor I like to add extra data that I obtain from surveys.

One survey I put out a few months ago and asked 16 questions to married men about their sex lives.  the survey was titled, "Sex Survey For Married Men".   100 plus men answered the questions,.  Here is the link to the survey to view for yourself.  https://www.surveymonkey.com/results/SM-3PZRFJGT/

The average age of the men that took the survey was 34% between the ages 40-50 and 28% between the ages 51-60 and some varied ages in between.  Most men had been married for an average of 26 years plus tied with men married from 1-5 years.   More than half of the men had children with their spouses.  When I asked men if they had watched pornography before marriage 87% said yes.  When asked on average how often men masturbated 24% said a few times a month, 21% said every day, 18% said 3 times a week.  When asked if the men have had an affair 37% said yes and 12% said they were thinking about it.


When asked this question, “If I could change one thing about my sex life it would be”