How many married couples sleep apart and why?

In the era of Kings, Queens and nobility the thought of sharing a bed chamber with your spouse was not a common practice. If the couple could afford separate bedrooms than that was the desired way to sleep. Many religious people also held that same belief and to this day some religious practices such as Orthodox Judaism adheres to sleeping in separate beds but in the same room. 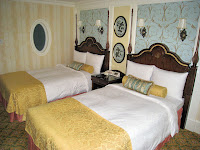 The answer to this question is how often do married couples really sleep in the same bed? Most couples when they get married will sleep together in the same bed. Occasionally one will sleep in the other room or on the couch if the other spouse is sick or just snoring too loud. As most marriages continue and children become a part of the family, parents tend to sleep together less. Often times they will end up in a younger child’s bed or the child will be in their bed and they will sleep in the child’s room.

A second factor that is of a growing concern is lack of sleep, because one spouse snores, kicks, moves or they become a light sleeper. Seeping with a spouse that interrupts the other persons sleep on a regular basis is actually very hazardous to one’s health.

When a person lacks a good night’s sleep on a regular basis, it will begin to affect their state of mind. Many couples who do find the need to sleep apart may feel as thought something is wrong with their marriage or are embarrassed to talk about it. The fact remains that many couples do sleep apart at one point or another in their marriage. As people grow older and especially as women go through menopause, their sleep pattern will change and this can affect their partners sleep. Many women in their late forties will have a more difficult time falling asleep and in their fifties will often get woken up in the middle of the night with hot flashes. This can be a disturbing factor in both couples sleep pattern.

There are actually some benefits to sleeping apart from one’s spouse, the first being a good night’s sleep. Another reason is that many times a person will need to get some personal space, a little time alone. A break from sleeping together can make the couple miss one another and bring them closer. If they are ill or have problems sleeping than this break will allow both people to get a better nights rest.

The drawback depending on the couple can be one partner feeling abandoned and alone. The couple’s intimate life may decrease with lack of affection or sexual intimacy, if they do not work on maintaining it.

My grandparents slept in seperate beds for most of their marriage with zero ill effect...

My husband and I actually sleep apart on the weekdays. We have a really awesome strong marriage. Basically he can't sleep with me next to him, because as he puts it, "I'm like a fish out of water" when I sleep. It has not changed our sex life, in fact it's probably gotten more frequent. Although we never wake in the middle of the night like we used to. He felt guilty about it at first, but it really was my idea because he kept complaining about not getting enough sleep. On the weekend, I generally sleep with him.

Thank you so much for sharing it.
Buy Silagra ED pills and tablets from kamagra4me.co.uk with free worldwide delivery. Silagra pills contain 100mg of sildenafil citrate.

Hi Daniel, instead of spaming me why dont you just sign up and we can exchange links...

My sister and her husband went to counseling & from what I could tell it really didn't do a thing. I've also been to family counseling with my dysfunctional family & it was really ridiculous - didn't help at all.